Debate: Should Pre-operative Urodynamics Be Done Prior to SUI Surgery? 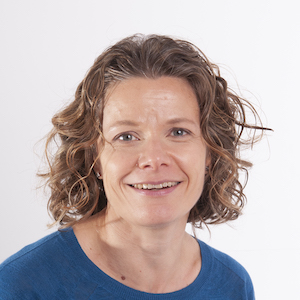 In 2006, I wrote a review article titled “Urodynamics: a mandatory preoperative investigation?”. Where did those 15 years go? Back then I was a research fellow and now it is my research fellow who has volunteered me to write this article.

This is a useful time to reflect. Fifteen (15) years ago, the retropubic mid-urethral tape was well established as the primary procedure for the majority of surgeons for the surgical management of stress urinary incontinence (SUI). The Royal College of Obstetricians and Gynaecologists (RCOG) green top guidance on the management of stress urinary incontinence, published in 2003, recommended urodynamics prior to surgery as did the International Consultation on Incontinence. At that time, there were no RCTs on which to base such recommendations and practice was shown to vary both in the UK and internationally. The readership for our article was UK clinicians in O&G, and I recall discussions with my consultant and co-author, David Richmond, that we better include urodynamics before any pelvic floor surgery in our article, otherwise we wouldn’t have much to write about. How things have changed!

Not everything has changed. Our initial assessment of women presenting with urinary incontinence remains based upon a detailed history, bladder diary assessment, and clinical examination. Nowadays, we have a plethora of validated patient-completed quality of life (QOL) questionnaires to help assess symptoms across the pelvic floor. Following this assessment, pure SUI remains uncommon, reported in 2 to 10% of women presenting to specialist centers. Evidence has shown that multichannel filling cystometry will confirm urodynamic stress incontinence in this select group. Multichannel cystometry is an embarrassing procedure which is associated with a risk of urinary tract infection, and of course there is a financial cost. It is perhaps not surprising that the National Institute for Health and Care Excellence (NICE) guideline (CG171) in 2006 recommended that urodynamics were performed only when surgery was being considered for SUI and did not need to be performed in the small group of women with pure SUI.

So, did this recommendation change practice? Well, it didn’t change mine. Why? Firstly, women with pure SUI are surprisingly rare in my practice. Despite validated QOL questionnaires, evidence shows that the bladder remains an unreliable witness and before performing surgery I would want to know everything I could. In particular, I struggled with the lack of assessment of voiding in the NICE recommendation. It did not advise any assessment of voiding unless the patient had symptoms, at which point post void bladder scan was recommended. Voiding dysfunction in women is known to be unrecognized and its incidence increases with testing. Voiding is best assessed by uroflowmetry with the use of flow rate nomograms to aid interpretation. In my opinion, the patient has not been adequately assessed without the assessment of voiding prior to surgery which in itself has a risk of voiding dysfunction. Uroflowmetry is one of the many tests which form urodynamic assessment. It is not part of the assessment described by NICE. For the sake of this debate about the need for urodynamics in pre-op assessment before SUI surgery, uroflowmetry and hence urodynamics would be essential in my opinion even in this well-defined group of women.

In or around 2012 there was an increase in published research on the role of urodynamics prior to SUI surgery. RCT evidence was published with non-inferiority studies assessing the outcome of continence rates for multichannel cystometry +/-UPP against “office evaluation” which included a bladder scan for post void residual. While these RCTs suggest there was no additional benefit of multichannel cystometry over office evaluation, the studies were criticized for the lack of standardization of tests, recruited numbers, length of follow up, and recording of adverse outcomes. Opinions on the benefits and role of urodynamics remained split.

It is always good to know others share your views and in 2012, a survey of urologists and urogynecologists concluded that 89% would arrange urodynamics for women with SUI or stress-predominant mixed urinary incontinence in keeping with my own practice.

In 2013, NICE updated its guidance on urodynamics prior to SUI surgery confirming multichannel filling and voiding dysfunction was not required for women with pure SUI following a detailed history and examination. There was still no recommendation to assess voiding. In 2019, following the RCT publications, NICE altered the guidance to advise that cystometry is not required prior to surgery for women with stress urinary incontinence or stress-predominant mixed urinary incontinence.

So, what am I looking for when I perform urodynamics in women prior to SUI surgery? My justification is not to confirm SUI as this diagnosis will most likely have been made on examination. My question is: do the results from the test increase the risk of complications to this patient? This is something which the RCTs have not addressed. Ultimately this may not change the success of SUI surgery if measured by the rates of continence, however, it will provide better information and hence improved ability to counsel the individual about the risks of surgery for her. Voiding should be assessed prior to SUI surgery. Symptom assessment alone does not identify these women. Women at higher risk of voiding dysfunction due to incomplete emptying or a failure to contract the detrusor during voiding will be better placed to deal with this outcome if they are counseled about it and, if needed, taught the skills (intermittent self catherization) to deal with it in advance. Women with a reduced compliance bladder, reduced bladder capacity with or without detrusor overactivity have been shown to be better motivated to manage these symptoms in a stepped approach (bladder retraining, medication) if they are identified prior to SUI surgery rather than having to deal with aggravation of these symptoms following a surgery which they believe would cure all their bladder symptoms.

Our management of SUI and our surgical approach has fundamentally changed following the controversy around the use of mesh. One of the messages from the Cumberlege Report is that women were not listened to and did not feel they were informed of the risks of surgery. Urodynamics are not the perfect set of tests with issues around standardization and reproducibility. Routinely performing urodynamics to include uroflowmetry and multichannel filling and voiding cytometry prior to SUI surgery does not of course provide all the information that women need to make an informed choice. A decision not to perform urodynamics may avoid women some embarrassment, time, and the associated cost, however this approach risks missing information which could have, or would have, changed the care you provide. For these reasons, I will continue with urodynamics prior to SUI surgery, albeit with a few more wrinkles and some new-found grey hairs compared with 15 years ago. 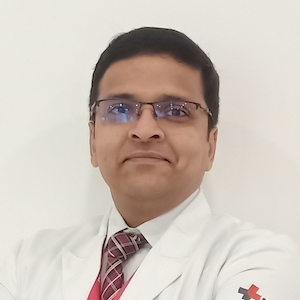 Urinary incontinence (UI) affects millions of women worldwide, particularly those who have been pregnant and given birth. Prevalence rates of UI typically range between 20 – 40%, half of which is stress urinary incontinence (SUI) (Lemack & Anger 2016). Incontinence of a vast majority of women with bothersome SUI seeking treatment (48 - 80%) can be improved with supervised pelvic floor muscle training (PFMT) coupled with behavioral modification (Newman & Burgio 2016). However, that leaves a quarter to half in want of further treatment.

Apart from a detailed history and bladder diary, basic evaluation of a woman with symptoms of urinary incontinence includes the following:

In addition, if surgery is being considered, conventionally multichannel urodynamics (UDS) has been performed, which, in my opinion, is more habitual than based on objective evidence. In clinical practice, an investigation is performed if it has diagnostic or prognostic utility, not often changing the line of management but making a patient better prepared for the outcomes. The initial part of the following discussion is to summarize efficacy, adverse effects, and caveats in the surgical management of SUI. This will prepare the reader to understand the latter part focusing on discussion on ‘futility’ of UDS in the majority of women.

With improvement in the understanding of pelvic floor function and urethral support mechanisms, minimally invasive suprapubic (SP) and transobturator (TO) tension-free mid-urethral slings (MUS) were developed around the turn of the century. Despite the controversies linked to mesh-related complications, these tapes have largely replaced use of more conventional and more invasive procedures like Burch colposuspension (BC) and pubovaginal sling (PVS). However, it must be emphasized that these ‘minimally invasive’ tapes do have complications, e.g., bladder perforation, voiding dysfunction, chronic groin/thigh pain, to name a few (Kim et al 2016); therefore, a preoperative discussion should include these.

Randomized studies have proven equivalent short-term and long-term success rates of most of the surgical procedures, conventional and minimally invasive alike (Sun et al 2015). However, there are certain caveats in this ‘apparent’ equivalence:

Now, in the light of the above discussion, let’s find out which women will actually benefit with multichannel UDS before surgery.

Uncomplicated SUI is defined as ‘in a woman in menstrual age group SUI being the predominant bothersome symptom, demonstrable on physical examination, presence of UH, absence of POP, normal flow rate with bell pattern, low postvoid residue, no prior pelvic surgery or radiation therapy’ (Medina et al 2017). In this woman, what other information is required before proceeding with surgery? To my knowledge and experience, in a well-informed patient, none.

One may raise a concern that UDS will uncover occult detrusor overactivity, Valsalva voiding, ISD, etc. First of all, occult DO doesn’t have a bearing on surgical management; risk of ‘denovo’ urgency is anyway discussed preoperatively and in fact, there is good chance of resolution of DO after surgery (Jain et al 2011).

ISD is a complex condition with no standard definition. Clinically, such patients present with a severe degree of incontinence including postural incontinence. An empty bladder supine stress test and standardized 1 hour pad test highly correlate to the presence of ISD. In addition, restricted urethral mobility, although not essential for diagnosis, indicates its presence. The most widely accepted urodynamic definition is a Valsalva leak point pressure (VLPP) <60cmH2O and it correlates highly significantly with degree of incontinence. Most studies have concluded poorer success rates of TO-MUS in women with ‘severe incontinence’ characterized by a positive supine stress test, fixed urethra, and low VLPP (Ford & Ogah 2017; Jeon et al 2008). Therefore, any woman with ‘severe incontinence’ is served better with an RP-TVT compared to TO-MUS and one can even omit VLPP value in such women to make that decision.

Artifacts during multichannel urodynamics are well known. For example, uroflow rates with catheter in situ are lower than free uroflows. The reasons are physical obstruction due to the presence of a catheter as well as development of external sphincter spasm by irritation from the catheter (Swavely et al 2020). The latter, particularly, alters the UDS findings to a greater extent towards artifactual voiding dysfunction. It is not uncommon to find artifactual detrusor overactivity (in a woman without clinical urge incontinence) due to catheter-induced or supraphysiological filling induced irritation or artifactual SUI (in a woman without clinical SUI) due to catheter-related straightening of the urethra. These artifacts are likely to unnecessarily delay the appropriate management or misdirect the treatment. Several studies have found lack of impact of urodynamics on results of SUI surgery in women with ‘uncomplicated SUI,’ the definition of which varied across the studies.

So, my argument is towards a detailed history, comprehensive physical examination, and uroflometry with PVR in making an intelligent clinical diagnosis. I don’t suggest doing a multichannel UDS just for the clinician’s own apprehension which would cause inconvenience and discomfort to the patient, hardly improve surgical outcome, and sometimes even misdirect one. Rather, if one does choose to get UDS done, one must have clear questions in mind whose answer would significantly alter management.